Do you remember the tree I mentioned in this post here?  Well, those guys have improved on their climbing skills since then, and have reached the treetops! 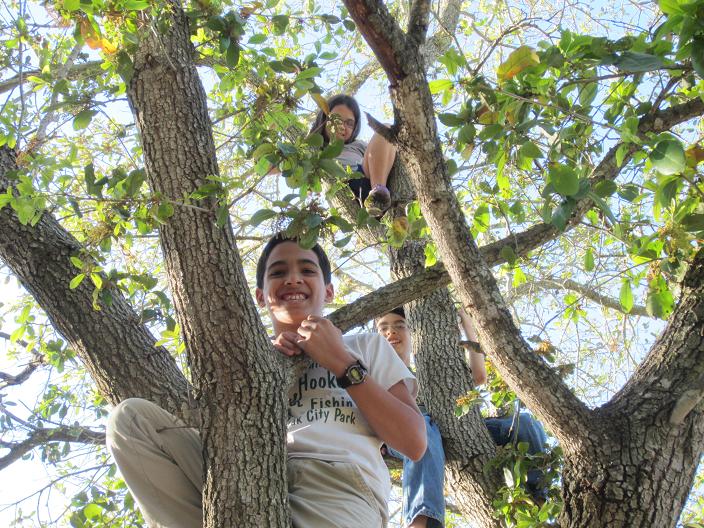 The branches aren’t as thick up here!

They weren’t the only ones, however.  Upon reaching those lofty heights, they discovered that something else — something creepy — had made it there before them. 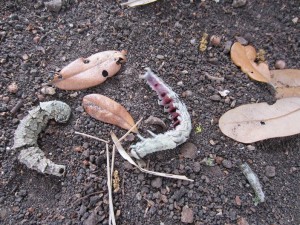 A not-so-friendly-looking couple of caterpillars were up there, and they didn’t seem too happy to be disturbed. Daniel and Gloria snapped a couple of dead twigs from the tree’s less-healthy branches, and carefully shoved the caterpillars off the tree. The little creatures had a strong grip, though, and didn’t yield easily. Back on the ground, Daniel and Gloria inspected them more closely. To their surprise, the white and gray, camouflaged topsides were not all there was to the caterpillars; they both sported brightly colored, striped undersides! 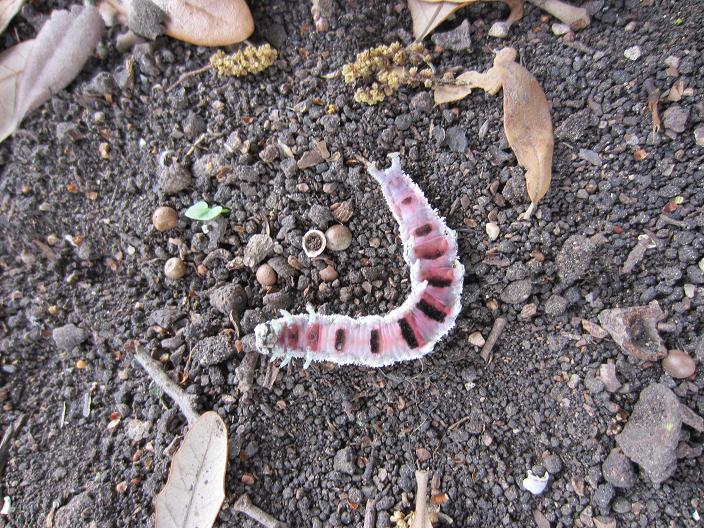 They’re a very pretty pinkish-purple underneath.

A couple days later, after getting over the initial “danger in the tree” paranoia, John, Daniel, and Gloria ventured up the tree again.  I learned why shortly later: they had bought another new rope, and had been busy improving their safest spot in the tree, Comfy Cradle.  It was so safe, they insisted, I could climb up there effortlessly, fall asleep once I was up, and still wake up perfectly fine.  Their argument was very convincing, so I decided to see if I could get up there. Apparently I could! 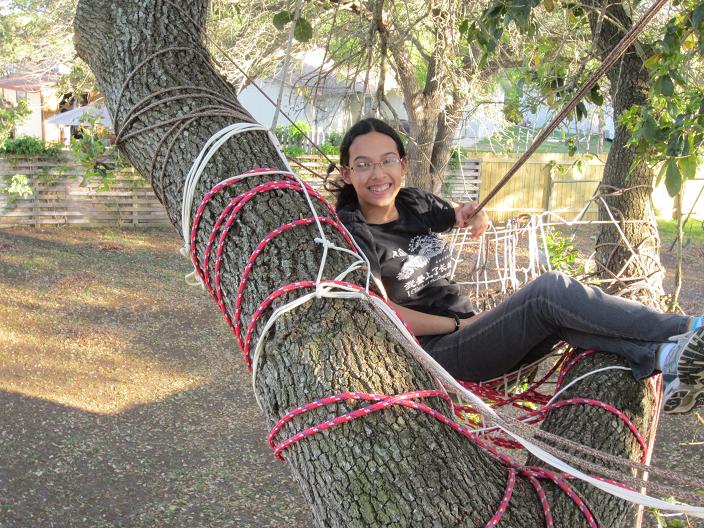 Now don’t be too impressed by my decision to climb the tree again, the boys offered several other arguments and I was quite the scaredy-cat all throughout the climb.  It turned out to be so easy, however, that I plan on doing it again, this time without nearly and hour of  constant urging.  They even tied special knots in the rope at just the right spots for them to act as handles!  Yes, they are pretty serious tree-climbers.

No comments yet, be the first! Cancel reply